The journey through cold Croatia

It is October and we are heading to Croatia. The temperature is around 20 degrees Celsius, higher than home. Last goodbyes with friends and we are alone. Jiří hugs me and asks: ” You are on the journey now. Do you understand?” But at that moment I do not. My head is empty. I want to move on. I want to paddle. I have the feeling that putting a paddle in the water will be the start. Almost three months passed from the moment we agreed I will join Jiří on his journey. I feel stuck.

Note: I tried the sea kayak twice before this journey. Once when I was 17 in Canada for a few minutes. And the second time the exact kayak I will paddle in. I paddled two kilometres upstream and back. Kayak is very new to me and I did not have any information about the technique. I am a fast learner and Jiří taught me as much as he could, sometimes even more than I appreciated. What we skipped was the Eskimo roll. It was too cold for it in the autumn.

First packing on the beach

We moved Jiří’s kayak to the water and the long hours of sorting and packing process begun.  I am a total greenhorn. Trying to fit everything in my kayak again and again until I am doos to close my lids. I was naive when I thought we will leave in the evening. We are sleeping outside on the sidewalk, under the lamp, just next to our kayaks. We did not leave the second day. We just moved our kayaks to the beach, went to visit Pula centre and did some shopping.  And for the first time, the silence filled the space between us.

The third day, we are finally leaving. I have to laugh now when I recall how the waves appeared so big for me. I did my best but the kayak was floating everywhere else than the direction I wanted to go. I had desperate feeling I am not in control of my kayak. And I was not.  Every wave surprised me and I got a seasickness. Crossing the channel which leads to the fishing port in Pulla was a hard time for me. I made it and enjoyed few calm kilometres before we reached the place for our night camp. Jiří went out from the water first and I just shouted at him “Well, I have no idea how to get out of it!” it was more comedy than tragedy. But everything ended just fine. In the evening we enjoyed a bottle of wine from our friends.

The temperature started to drop down the following days. During the days it was maximum about 20 degrees Celsius and at night it was necessary to put all our clothes on and heat ourselves with hot tea.  The days become shorter. And I tried to work on the road. One day we planned so well. there was no wind, the sea was calm as a mirror and the sun was shining. We stopped for a coffee, but at the moment we started paddling again the dark was here. How come? We lost an hour somewhere. We had to paddle with our head torches. And then I realised, the time has changed. Now we have the winter time.

I also tried to run few times. With no big enjoyment. I do not know if it was because of the big change or new movement or maybe small tension between us. Or maybe it was because I am used on a trails in forest and hills and not to concrete. And once I lost myself. Jiří offered me that he will paddle with two kayaks and I can go for a run. We agreed to meet on a certain spot. My maps were a bit wrong and I was in an area with fences, locked gates and angry dogs. I finally reached the road and stopped a car with a young girl who spoke English a little.

Her English was very bad and her knowledge of the Surroundings even worst. After 3 kilometres I realised she is taking me to the big city 20 kilometres from here. I thanked her and, got out of the car and run back. Jiří was waiting for me just a few minutes from the place where I stopped the girl and was worried about me. I was worried too. I did not train properly and my 100 K race was coming soon. I still believed I can do it because of mental strength and positive approach.

One day we stopped on a perfect beach. We pulled kayaks from the water and carefully put them on the stones. We found a nice place for our tent and changed into dry clothes fastly. It was really getting cold. I had all my clothes on me but was feeling cold. We sat by the sea in our sleeping bags with a cup of hot tea on top of our legs to keep us warm. Far on the sea was storm and lightenings were going down to the sea every few minutes. Right at our legs, we had water glittering with plankton. it was a breathtaking beauty.

In the morning I went from the tent first. And was shocked by the fact that we have icing on our kayaks. I told Jiří: “Hey, our kayaks are under ice!” “No way, you are kidding me.” “No, I am not!” They really had icing on top and I started to ask myself how long I can do this.

At the time we where paddling through Croatia it was already after the season. That means that not only the tourist disappeared. But also Croatians went home inland.  And every campsite was closed. That was a little problem. Not because we intended to sleep in these camps but the Croatia coastline is one campsite to another and that means private property offseason. Once the security guy asked us to leave.

We tried to seleep outside as much as possible. Sometimes we managed to build a tent sometimes we where literarly hiding under the tarp. For example on the dog beach next to marina. We experienced the worst night in Umag, the alst posrt in Croatia. We did not find a spot where to sleep. We walked many times back and forward in marina in a hope that someone from boat will appear and we can ask him for accomodation.  So we waited in the local restaurant until they cloesd and then squees between boats in the dry dock. It was raining all nigh and poor Jiří had slept all wet.

We spent two night in a hostel. My first experience ever. We bargained the price down to 15 Euro for a night. We also spent 4 days in an apartment. It was stormy two days and another two days it was impossible to go out on water. I do not understand how we were willing to pay 40 Euro for one night. I guess we were desperate, tired and cold. And yes the sea was rough. At least I found a laundry and washed our clothes.

And we had only on phone. Well, Jiří’s old Nokia for Czech number and HTC with the internet. I was our source for weather, wind, boat traffic and it was our hotspot for work. It was necessary to share the phone and I felt some tension. Jiří was afraid that the phone will be discharged. Well, we managed somehow to work it out.

Our time in Croatia Ended. My paddling only started. We were about to cross a virtual border to Slovenia. Jiří managed everything while I waited in a kayak on the water. He told them we are travelling with sports equipment so paper where not needed. We had our last coffee and doughnut and headed forward another country. 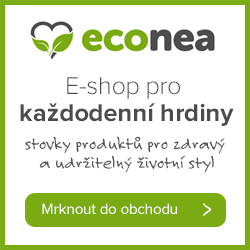 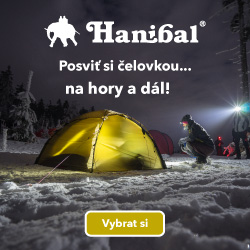